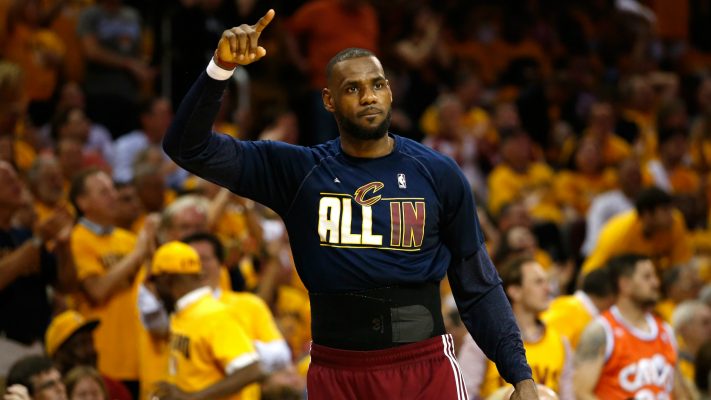 But despite being 31-years-old and accomplishing all those feats, James still believes that he is getting better.

During an interview with ESPN’s Rachel Nichols, James discussed the notion of being on the wrong side of the hill, and how every player must go through an aging process in the latter half of his career.

And even though James admitted to being on the wrong side of that career hill, he still stated that there is room for growth within his game.

Of course, the most obvious area for improvement in James’ game would be in his jump-shooting. His shooting did vastly improve in his time in Miami as a member of the Miami Heat, where he was able to reach 40.6 percent from behind the arc in the 2012-13 season.

But since his return to the Cleveland Cavaliers, James’ numbers have dropped, falling to 30.9 percent from the 3-point line last season, his lowest percentage since his rookie season.

Even though his numbers have fallen over the course of the past two seasons, James did hit some incredibly important 3-pointers in the 2016 NBA Finals, where he brought the Cavaliers back from a 3-1 deficit to defeat the Golden State Warriors. Over the final three games of the series, James shot 8-of-19 from behind the 3-point line, good for 42.1 percent.

James told Nichols he still is unsure how to react to his incredible achievement.

“It’s hit me a couple of times during this summer, but not really. Not really in the sense of what we did, how we did it,” said James. “I don’t know. It’s just like, that happened, and now can we repeat?”

During the interview, James also discussed a myriad of other NBA issues, including Kevin Durant’s decision to join the Warriors, his hopes of one day owning an NBA franchise and even his efforts to speak out on social issues.