Report: Cleveland Cavaliers Could Be Looking to Trade for Kenneth Faried 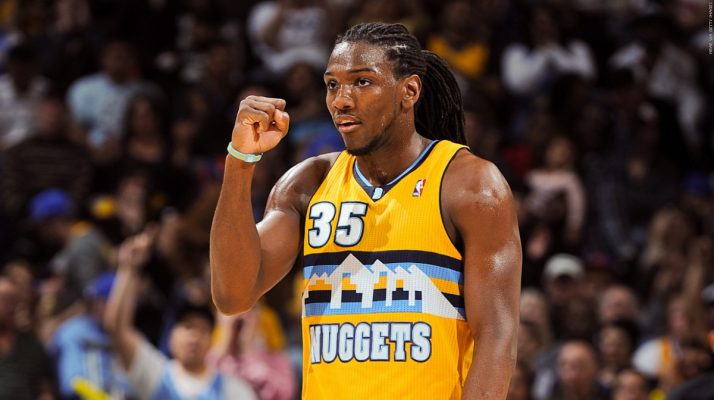 Despite the insistence of Cleveland Cavaliers general manager David Griffin saying that power forward Kevin Love is not on the trading block, rumors of potential deals continue to surface. The latest concerns a potential trade to the Denver Nuggets in exchange for Kenneth Faried and Gary Harris.

Taylor Hunt of a Denver Nuggets-based website entitled, Nugg Love, is suggesting that Love being dealt to the Nuggets in exchange for Faried and Harris is a possibility.

In addition, ESPN’s Zach Lowe has indicated on his podcast that Denver is actively seeking to deal Faried.

“(I’m hearing) Denver is trying to get off [Kenneth] Faried, which I think they are, but if they have to move a decent wing to get off Faried and get something good in return, they’ve got a lot of wings now — young ones, mid-career ones — take your pick.”

Faried, who turns 27 in November, has spent all five of his NBA seasons with the Nuggets after being their first-round selection in the 2011 NBA Draft. He’s averaged 26.6 minutes, 12.3 points and 8.7 rebounds per game during those five years.

However, Faried has some negatives when compared to Love. In his entire career, he’s made just two of his 13 three-point attempts (15 percent) and has a free-throw shooting percentage of 64.7

Harris has spent his two NBA seasons with the Nuggets, averaging 8.5 points and 1.3 assists as a shooting guard. Entering Denver’s starting lineup last year, his numbers were bumped up to 12.3 points and 1.9 assists per game.

Given the rumored return for Love, the only likely scenario where this deal makes sense is if J.R. Smith goes elsewhere in free agency. That’s not likely to happen, considering one month into free agency, no other team has hinted that they plan on meeting Smith’s expectation of $15 million per year.

Of course, Love has seemingly been trade bait from the moment the Cavaliers acquired him two years ago. While Griffin’s pronouncements aren’t etched in stone, the fact that LeBron James has been very public about his support of Love makes this a rumor that’s ultimately destined to go nowhere.