Report: Cleveland Cavaliers Have Offer on Table for Turkish All-Star 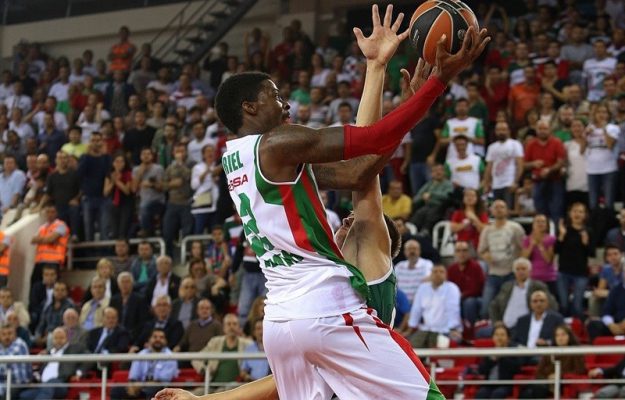 Given the constraints of the NBA’s salary cap, the Cleveland Cavaliers continue to look for bargains to bolster their roster when they begin the defense of their first NBA title this fall, with the latest possible addition being power forward Kenny Gabriel.

International sportswriter David Pick tweeted that the 27-year-old Gabriel, who earned All-Star honors while playing in Turkey, has been pondering an offer from the Cavaliers since May. Pick indicates that the 6’8″ Gabriel is open to joining the team, an interest that no doubt has increased after the Cavaliers rebounded from a 3-1 deficit in the finals to win the NBA title.

Cavaliers offer to Turkish All-Star Kenny Gabriel has been on table since May. There is mutual interest, I've told.

Gabriel played collegiately at Auburn, but went undrafted in the 2012 NBA Draft. During the past four years, he’s bounced around the world, playing in Israel, Cyprus and New Zealand during his first season. The following year, Greece was his destination before he spent the last two years playing for Pinar Karsiyaka in Turkey.

In Greece, he emerged as the league’s top rebounder, then flourished in Turkey. His team won the Turkish league title in 2015 and he earned All-Star MVP accolades this past season. He’s also known for his dunking ability.

While the Cavaliers’ international experience last year with the now-retired Sasha Kaun didn’t pan out, Gabriel is three years younger than Kaun was last year.