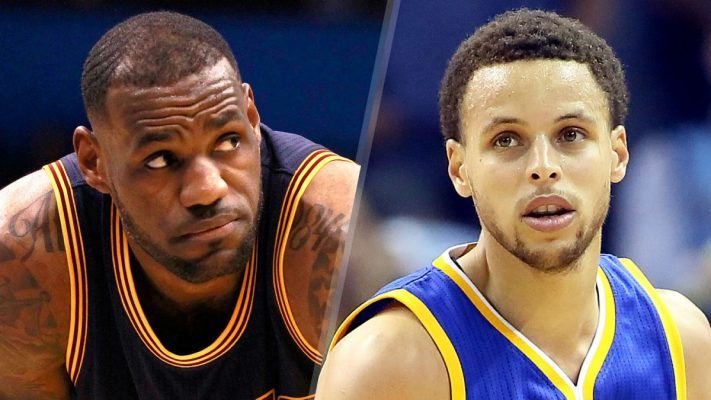 The rigors of off-the-court competition when it comes to NBA players usually relates to how each of them does from a sponsorship standpoint. The NBA Finals battle that featured the Cleveland Cavaliers’ LeBron James and the Golden State Warriors’ Stephen Curry showed that James not only walked away with the Larry O’Brien Trophy, but had more than twice the sponsorship impact than Curry did.

The information was contained within a tweet last week by ESPN’s Darren Rovell, who covers the business side of sports. Rovell found that James earned his main sponsor, Nike, slightly over $7.3 million in social media sponsorship value during the finals. In contrast, Curry managed just $3.16 million for his main sponsor, Under Armour, under the same measurement scale.

LeBron got more than 2X the value socially for Nike than Steph got for Under Armour during Finals, says @hookitcom pic.twitter.com/lGmxAQG8U3

The sheer numbers also indicate roughly the same percentage, with James resulting in 42.4 million social media interactions, compared to just over 20 million for Curry. The bulk of social media value for both players came from Instagram.

The numbers were calculated by Hookit, which specifically tracks athletes on social media in order to establish their specific value when it comes to sponsorship effectiveness.

During the finals, Curry struggled on the court for much of the series and took a beating on social media for his performance and the announcement of his new sneaker, the Curry 2 Lows. The shoes were ridiculed as old-fashioned and something elderly men would wear.

James’ most prominent sponsorship since the finals was his appearance in a Verizon commercial that promoted the company’s new data plan.