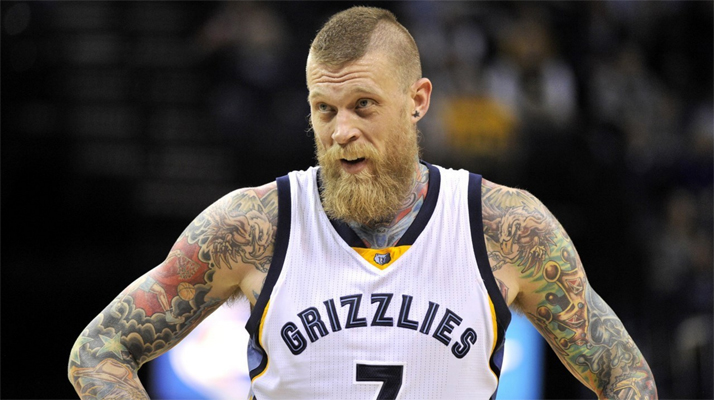 The departure of center Timofey Mozgov in free agency means that the Cleveland Cavaliers are searching for someone to take his spot on the roster. That person could end up being a former Miami Heat teammate of LeBron James, Chris Andersen.

The reported interest by the Cavaliers was indicated in a tweet by Ethan J. Skolnick of the Miami Herald:

Mozgov saw little time on the court this past season. However, Andersen’s potential role with the Cavs could be expanded, since his ability to provide an energetic boost for short stretches would allow Tristan Thompson to get brief periods of rest during a game.

Andersen turns 38 on Thursday and split last season with the Heat and Memphis Grizzlies. He saw limited time with the Heat, but managed 18.3 minutes per game at Memphis, averaging 9.0 points and 8.8 rebounds per game in the latter case.

Whoever the Cavaliers end up getting will have to be willing to accept the veteran’s minimum salary. Last season, Andersen made $5 million, but the chance to reunite with James and an opportunity for another title like the two shared in 2013 may make that idea that much more amenable.