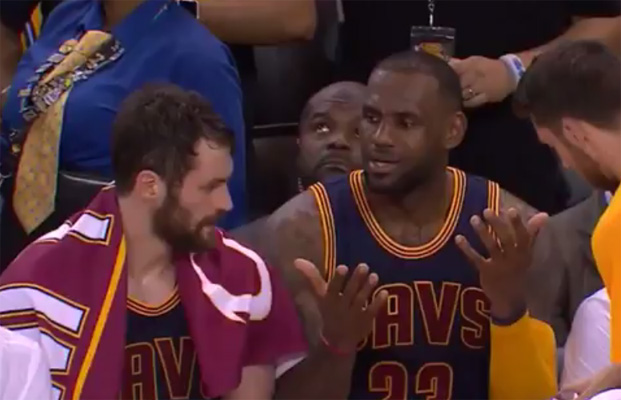 Whether it was a defensive miscue or just a flat-out lack of effort from the Cleveland Cavaliers, LeBron James, was visibly frustrated in Game 1 of the NBA Finals after having to do almost everything on the defensive end on Thursday night.

Watch as James clearly shows his frustration while sitting on the bench next to Kevin Love.