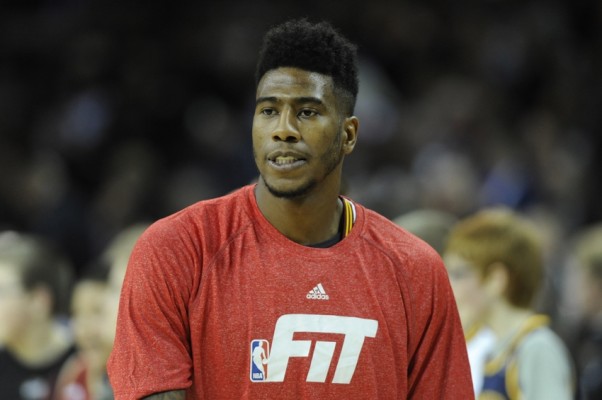 According to Jason Lloyd of the Akron Beach Journal, Cleveland Cavaliers shooting guard Iman Shumpert will not be playing in Cleveland’s final two regular season games against the Atlanta Hawks on Monday and Detroit Pistons on Wednesday.

#Cavs say Iman Shumpert will miss final two games of regular season, but should be ready for playoffs. Needed his left knee drained

The 25-year-old shooting guard had his knee drained as he’s recovering from a left knee injury.

Lloyd has also noted that Shumpert should be ready as the Cavs chase an NBA championship in the playoffs.

Shumpert is averaging 5.8 points and 3.8 rebounds per game, but more importantly is arguably the team’s best perimeter defender.