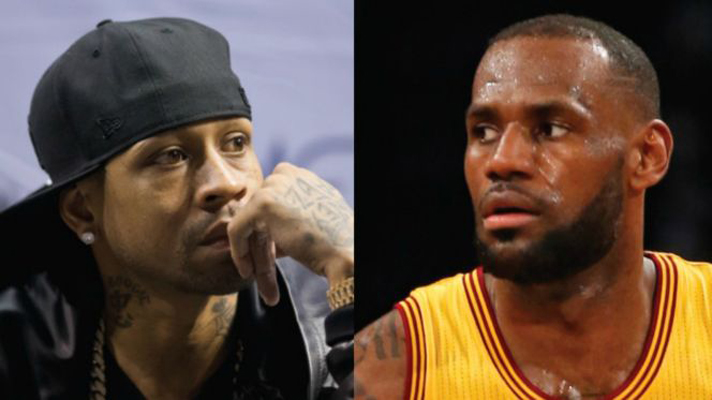 Maybe the most revolutionary NBA figure in the early 2000’s, Allen Iverson changed the game.

From his braided cornrows to his devastating crossovers, everyone wanted to be like the cocky young point guard from Georgetown.

ESPN’s Rachel Nichols recently sat down with Iverson and asked him a question that may surprise many.

“Most people when asked, ‘Who’s today’s A.I.,’ would talk about a guard, who’s a little smaller and how he played and all of that,” said Nichols. “That’s not what you see when you say, ‘Who’s the most like you’…you just see the heart and the will. That’s the part that matters to you.”

“The fight…the fight in him. That’s why I would say LeBron (James). I ain’t…LeBron’s ain’t got none of my game, you know what I mean. But his heart is all mine.”

View the video in its entirety below.