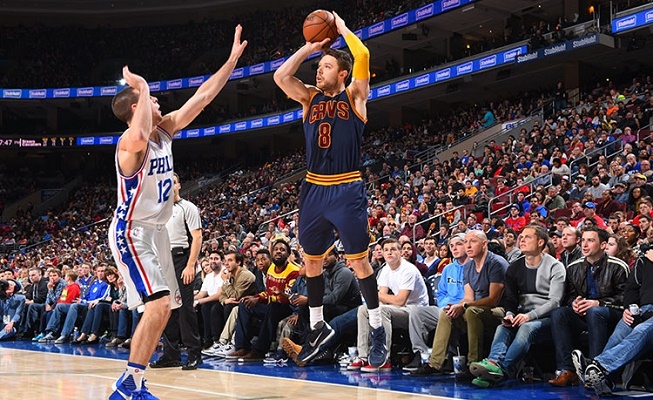 It looks like Matthew Dellavedova is due to become a rich man in 2016.

According to Brian Windhorst of ESPN, the Cleveland Cavaliers guard’s market value will be around $8-to-$9 million a year when he becomes a free agent this summer:

“I think, you’re going to look at Matthew Dellavedova, market value, $8-$9 million a year. I know that sounds crazy, but Corey Joseph, who’s a comparable backup point guard got $7.5 to $8 million…and I think Delly, because of the market going up, and I know several teams are interested. There’s not that many teams that need point guards, but there’s a whole lot of salary cap space out there and teams are going to believe they are going to put the Cavs to the test because they know what their salary commitments are.”

If Dellavedova were to command this type of money in free agency, it would be a huge step up from the $1.3 million he is currently earning in the 2015-16 season.

Windhorst also speculated that the pesky guard was unhappy about the Cavaliers’ offer to him last year when he was also a free agent.

While the 25-year-old certainly made his mark during the 2015 postseason for Cleveland, his 2015-16 campaign has convinced many around the league that he’s definitely a capable rotation player. The 6’4″ guard is averaging 7.9 points, but more importantly, he’s converting on 42.1 percent of his three-point shots.

Considering the salary cap will go up for NBA teams this offseason, it isn’t hard to imagine a few teams willing to overpay to pry the Aussie away from the Cavaliers.