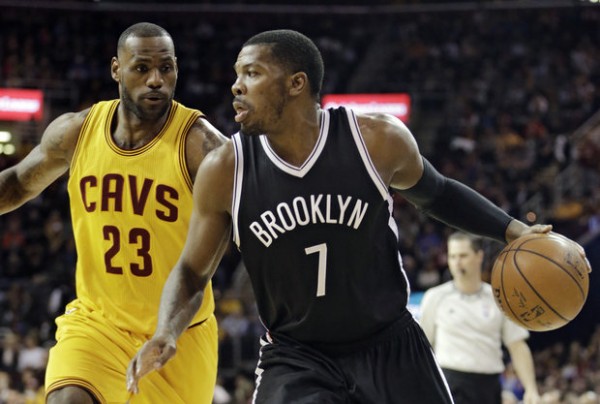 Brooklyn Nets guard Joe Johnson still remains a candidate to be signed by the Cleveland Cavaliers, according to Chris Haynes of Cleveland.com.

According to Haynes, if Johnson’s $25 million salary is bought out for the season by Brooklyn, Cleveland would be his next destination. The Cavaliers remain committed to improving the back end of their rotation, as evidenced by their trade deadline acquisition of Channing Frye on Thursday.

Here is how Haynes characterizes the situation regarding Johnson potentially signing with Cleveland:

“Brooklyn is aware of the ballpark figure it would take for Johnson to agree to a buyout, a source said. The way sources characterize the situation, Brooklyn has to decide whether they want to help the Cavaliers, or allow Johnson to play out his contract as is.”

In order for Johnson to qualify for the Cavaliers’ playoff roster, he would have to be bought out and signed by Cleveland by March 1st. The Cavaliers currently have two roster spots open for buyout candidates.

While the 34-year-old Johnson is clearly past his prime, he could contribute in a back-end role considering his wealth of playoff experience. The veteran shooting guard is averaging 11.5 points on 40 percent shooting from the field with the Nets this season.