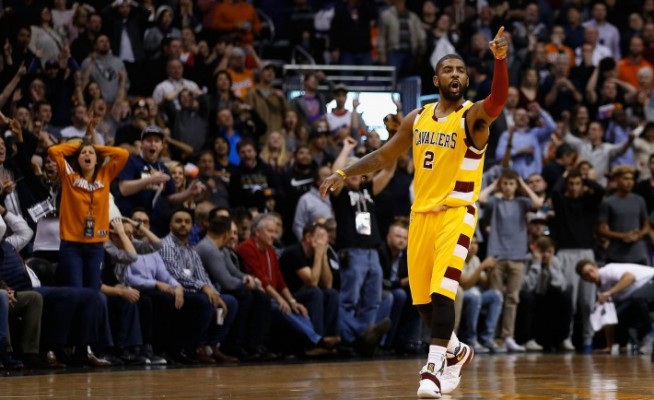 Well, it looks like Kyrie Irving is almost back at full strength.

While the Cleveland Cavaliers point guard made his return two weeks ago, he has yet to top 26 minutes in any of the five games he has played in since his season debut. According to head coach David Blatt, that minutes restriction looks to be coming to an end soon:

“We’re getting close to being beyond that. He’s pretty healthy. I don’t see him going out there and playing 40 minutes anytime soon. We’ve moved along pretty well, we’ve been pretty specific and committed to a certain path in terms of bringing him back.”

Irving hasn’t just been limited in terms of his minutes on a game-to-game basis, it’s that he’s been held out for precautionary reasons in back-to-back games. He missed the Portland Trail Blazers matchup just a day after the Cavs lost a tough Christmas Day game to the Golden State Warriors. Irving also wound up missing the finale of the West Coast road trip versus the Denver Nuggets last Tuesday night.

Blatt continued to echo confidence as far as Irving’s playing time increasing in the upcoming games:

“We’re at the point where he’s back, more or less. We’ll still be conscious of his minutes and probably gradually upgrade from where we were, but we won’t be limited to 15, 20, 23 minutes anymore like we have been.”

In Saturday night’s 104-79 victory over the Orlando Magic, Irving played just 21 minutes. With the Cavaliers at home once again versus the Toronto Raptors on Monday night, it may be the first time this season we see the 23-year-old guard play major minutes.

Regardless of when Irving does get back to his normal playing time, it’s nice to see him back in the starting lineup after going six months without appearing in a game due to a serious knee injury. It should only be a matter of time before we see the young point guard back to his superstar self.