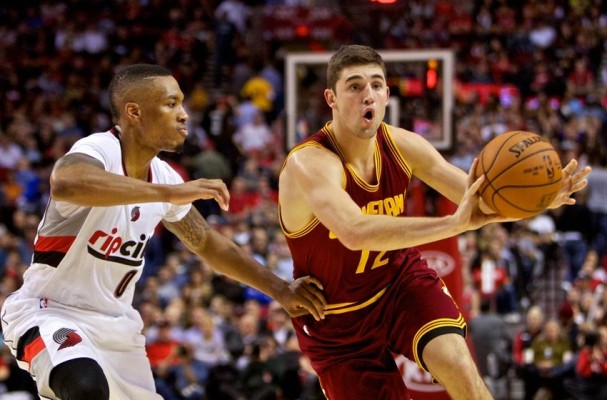 The Cleveland Cavaliers are assigning Joe Harris to the Canton Charge.

According to Chris Haynes of Cleveland.com, the Cavs plan to have Harris play two games with the team’s D-League affiliate before reassessing the situation from there. The Charge will host a game versus the Maine Red Claws on Saturday before hitting the road to play the Delaware 87ers on Tuesday.

The second-year shooting guard was not with the Cavaliers when they played the New York Knicks on Friday night and he will not be with the team on Saturday when they play the Milwaukee Bucks.

The 24-year-old has seen minimal playing time so far in the 2015-16 season. Despite injuries to key guards such as Kyrie Irving, Iman Shumpert and J.R. Smith, Harris has failed to crack the team’s rotation. He has played just 14 total minutes this year, while Jared Cunningham has leapt past him on the team’s depth chart.

Harris has a guaranteed contract worth $845,059 this season, so it’s hard to envision the Cavaliers outright releasing him.