Cavs Rumors: LeBron James in Jeopardy of Missing Season Opener Due to Sore Back 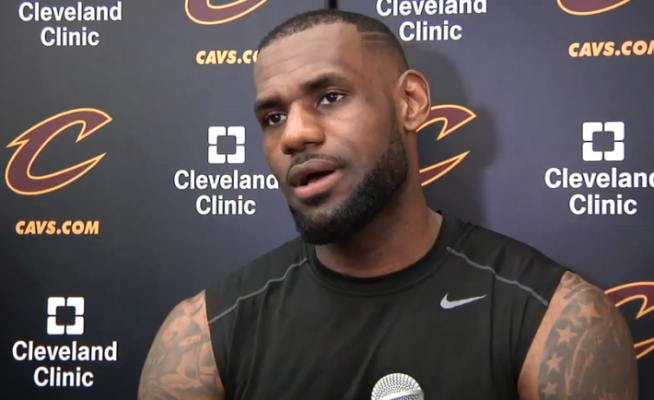 The Cleveland Cavaliers will open their regular season in just a few days on Tuesday night, but their star player has yet to be cleared to play.

LeBron James was held out of Friday’s practice and it has now been more than a week since he has been able to fully participate in training camp. James has been limited since receiving an anti-inflammatory injection in his lower back on October 13th. It was his second such injection over the past 10 months.

The four-time MVP commented on being held out of live action:

“Is it by choice? No, it’s not. But it’s the schedule I’m on, and I’m trying to listen to the training staff and not be hard-headed, and I’m going with them. When they tell me I’m cleared to practice, I’ll practice.”

The 30-year-old did not dismiss the possibility of getting another shot this season:

“We have it set up to where if I need it, we can do it again. Hopefully it don’t come to that, but it’s a possibility, but that’s all part of the process. It’s there if we need it.”

It has been stressed by head coach David Blatt and general manager David Griffin that James will play in the season opener versus the Chicago Bulls.

While he’s confident his star player will play, Griffin entertained the notion that it wouldn’t be a big deal if James did miss Tuesday’s game:

“I don’t think that there’s any reason that he won’t play on Tuesday. We have no reason to believe that, but we also are of the mindset that it wouldn’t be the end of the world if he didn’t play on Tuesday. We just want him to get better every day, and he has been, and he’s been progressing and feeling like we’d like him to feel.”

The star small forward missed a career-high 13 games last season and played a career-low 36.1 minutes per game in 2014-15.

While the Cavs definitely want James for their season-opening tilt versus the Bulls, they realize it’s not do-or-die. They are taking every precautionary measure to ensure the veteran is healthy entering his 13th NBA season.