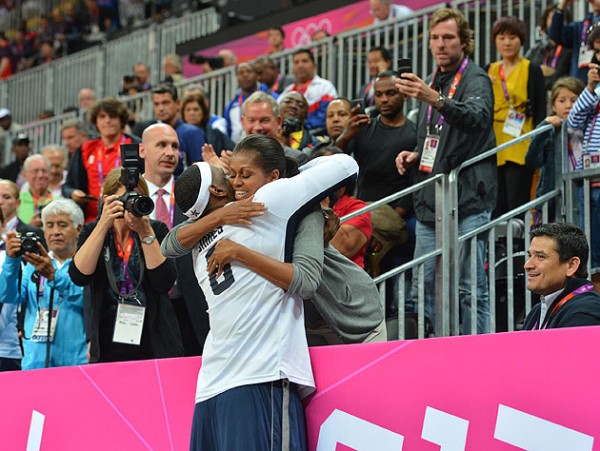 Wednesday afternoon will see the Cleveland Cavaliers’ LeBron James and First Lady Michelle Obama team up for an event at the University of Akron that will help promote the importance of higher education.

James is attending because many of the attendees at the event will be from the Wheels for Education program and Akron I PROMISE Network that’s part of the LeBron James Family Foundation.

That project is seen as a complement to Mrs. Obama’s own Reach Higher initiative, which is attempting to promote the idea of graduating high school students attending a college, university, community college or trade school.

In August, James announced that his foundation was going to commit in offering scholarships to the University of Akron for students that graduate from Akron public schools. In addition to graduating, those students must also maintain good attendance at school, perform community service and address any testing or academic needs.

James has also filmed a two-minute commercial about the project that was released on Tuesday: