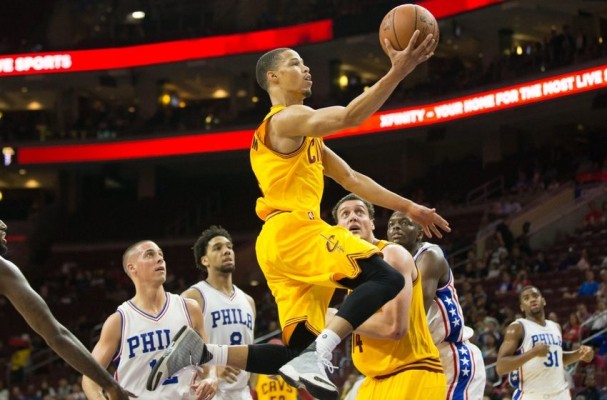 It looks like the Cleveland Cavaliers won’t be keeping 15 players around after all.

According to Chris Haynes of Northeast Ohio Media Group, the team is planning to have 14 players on its opening night roster, rather than the maximum 15. Haynes states that Jared Cunningham is the most likely candidate for the team’s 14th and final roster spot:

“Camp invite Jared Cunningham is by far the favorite to claim the 14th slot at this point. The team isn’t totally against taking on 15 by adding two roster hopefuls, but I’m told it would take an extraordinary effort on the part of the other invites to make that a possibility.”

“At the conclusion of the Cavaliers’ preseason schedule on Monday, they’ll likely waive a few players and bring in replacements to elevate the practices leading up to opening night. Either way, the team will maintain 20 camp players.”

With Tristan Thompson continuing his holdout and the team deep in luxury tax penalties for the upcoming season, it’s no surprise the team would prefer keeping 14 players for the regular season roster rather than the maximum allotment of 15 players.

Cunningham has obviously separated himself from the rest of the pack, with head coach David Blatt saying late Thursday that the team’s 14th spot would likely go to a guard due to Kyrie Irving’s injury.

Either way, expect to see a lot of roster movement over the coming days in Cleveland.