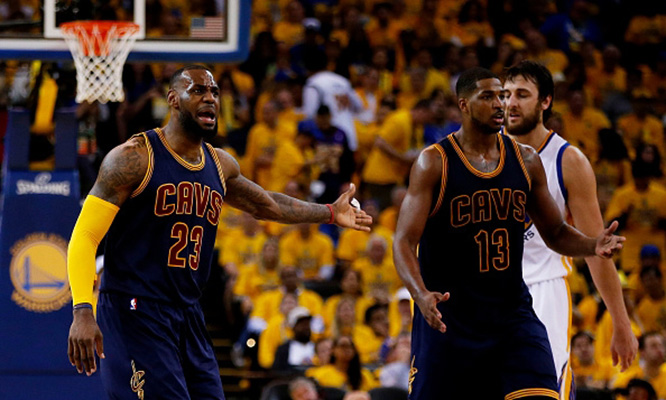 Don’t expect LeBron James to play a role in the Tristan Thompson saga.

With Thompson still unsigned, the 24-year-old power forward has until October 1st to accept the Cleveland Cavaliers‘ qualifying offer. James is not expected to be involved in the contract negotiations between both sides.

According to a new report from Joe Vardon of Cleveland.com, James will not pressure the Cavaliers to re-sign Thompson. Vardon states the following in regards to the situation:

“A source close to James said Thompson’s contract is a ‘non-discussion right now’ for James as it relates to his own future, and a team source said the Cavs believe ‘LeBron’s goals don’t change relative to Tristan Thompson or anyone. Be as good as we can be for as long as we can be.'”

Though the Cavaliers heavily value Thompson’s presence on the team, they are risking putting themselves in deep luxury tax penalties by re-signing him either through the qualifying offer or the max contract the power forward seeks.

By re-signing Thompson with the $6.9 million qualifying offer, the Cavs will pay about $33 million in luxury tax this season. If he signs an extension in the $14 million range, their luxury tax bill would escalate to $50 million.

Either way, the Cavaliers are in a precarious situation with their young star player. It seems that James understands how delicate the situation is, and is logically steering clear of contract negotiations entirely.