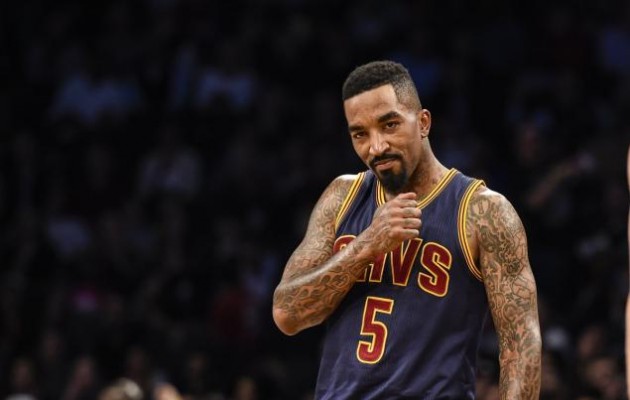 J.R. Smith is back with the Cleveland Cavaliers.

According to Smith’s Instagram account, the veteran shooting guard announced his return to the Cavaliers on Thursday night. Here is what he had to say in his post:

“Happy to say that I am returning to the Cavs! It’s been a long ride this summer but I can say for sure, well worth the wait. When I opted out of my contract, I wanted to understand the landscape of the NBA and where I fit best. The Cavaliers had things they needed to do in order to piece together a championship caliber roster. I ended up deciding that instead of potentially securing a larger deal elsewhere, I want to rejoin an incredible organization in pursuit of the ultimate goal, an NBA championship. Thank you to the Cavaliers for making this happen. Can’t wait to get started!”

Smith returns for a second season in Cleveland after being acquired during the middle of the 2014-15 season in a trade with the New York Knicks. During the second half of the regular season, Smith remained in the starting lineup for the Cavaliers as he averaged 12.7 points on 42.5 percent shooting and 39 percent from three-point range in 45 starts.

Chris Haynes of The Plain Dealer reports it’s a two-year deal with $5 million being earned next season. The second year will be a player option, and the contract includes a no-trade clause for Smith.

After opting out of his $6.4 million player option with Cleveland for this upcoming season, it became clear that Smith needed the Cavaliers more than the Cavaliers needed him. The veteran shooting guard did not garner much interest during free agency.

While Smith is inconsistent and streaky, he can be absolutely deadly when his shot is falling. With Smith back in Cleveland, there’s little doubt that he is the team’s most deadly shooter from beyond the arc.

It took awhile, but a key piece from the 2015 NBA Finals team is officially back for another run at the championship this season.