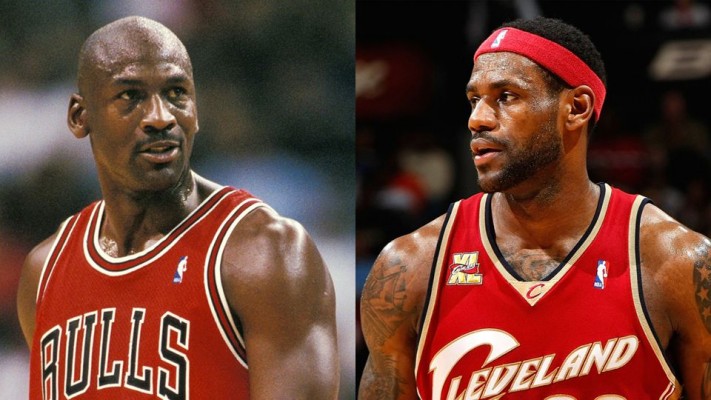 The comparison between two of the greatest players of all time won’t die down any time soon.

Just days after Michael Jordan declared that he’d defeat LeBron James in a 1-on-1 game of basketball if he was in his prime, James struck back with an answer of his own when asked if he would defeat MJ in a game of 1-on-1, via USA Today’s Willie Geist:

“Oh, I take myself, for sure. I mean, I’m gonna take myself versus anybody. I’ll tell you one thing—they’re gonna have to have a few wheelchairs and a couple ambulances there to get us off the floor.”

During the 2015 NBA Finals versus the Golden State Warriors, James had perhaps the greatest Finals series performance of all time as he averaged 35.8 points, 13.3 rebounds and 8.8 assists per game. Despite his efforts, the Cavaliers fell to the Warriors in six games.

While the debate will rage on for years even after James has retired, one thing is for certain—the hypothetical question will never be answered.

cleveland cavaliersfeaturedlebron jamesmichael jordannews ticker
← Previous Story LeBron James: “Our No.1 Objective Right Now Is to Sign Tristan”
Next Story → LeBron James Is Hopeful That ‘Space Jam 2’ Will Happen in Near Future