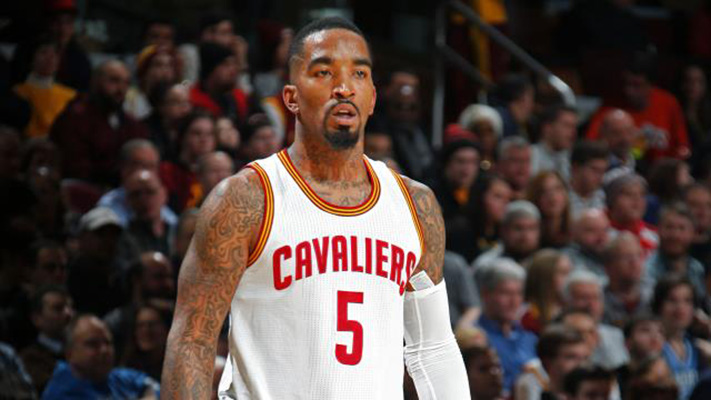 Terry Pluto of The Plain Dealer reports that the Cleveland Cavaliers want to bring back J.R. Smith, but on a modest one-year contract. Smith declined his $6.4 million player option for the upcoming season in hopes of landing a longer-term and more lucrative contract from Cleveland.

Pluto goes into detail about how Smith could sign with another team, but his options are limited:

“Most key free agents have been signed. Teams with salary cap room are Philadelphia, Utah and Portland. Not sure if any other teams have an interest in Smith.

It’s possible a good team way over the salary cap could offer Smith a one-year deal in the $3.3 million range — the “mini-mid level” exception. But that’s far less than his $6.4 million option.”

It’s unlikely teams such as the Philadelphia 76ers, Utah Jazz and Portland Trail Blazers would have much use for Smith. While he’s an explosive scorer, he’s also extremely inconsistent and can make mental errors that end up costing teams. He’s best used on a contending team such as the Cavaliers where veteran leaders like LeBron James can keep him grounded.

Though Smith played a key role for the Cavaliers during the postseason, he had a horrendous NBA Finals series that saw him average just 12 points per game on 33 percent shooting.

While Cleveland would like Smith back, it all depends on what he wants more—a lucrative contract with a bad team, or a modest one-year deal with a contender where he can improve his stock for next offseason?

Such a decision will likely dictate if the veteran will be back in Cleveland or playing for another NBA franchise come next season.