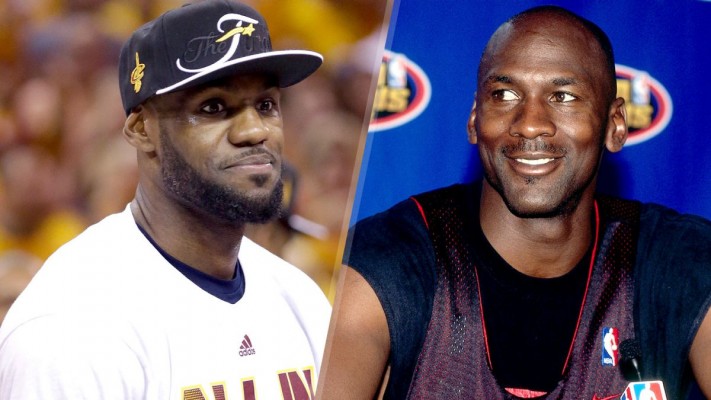 High praise from an unlikely source had former Detroit Pistons‘ center Bill Laimbeer saying in a radio appearance on Thursday that Cleveland Cavaliers‘ forward LeBron James is better in his prime than the legendary Michael Jordan was.

Laimbeer made the comments on The Dan Patrick Show during a Thursday morning appearance, and responded immediately when Patrick asked the question of who was better at his peak.

“There’s no question I would take LeBron James,” said Laimbeer “He can do more. Michael Jordan could score and make big shots and look spectacular at times with wild flying dunks, but LeBron can get you 18 rebounds, get you 15 assists or score 50 if he wants to.” Laimbeer then added about James, “The triple threat he poses is just phenomenal, and the size—he just physically dominates. It’s impressive.”

When asked about the fact that Jordan led his team to six NBA titles while James would only be halfway there should the Cavaliers defeat the Golden State Warriors, Laimbeer cited the difference in the Cavs’ personnel this year.

The comments will no doubt cause outrage in Chicago, where Laimbeer, who actually started his career with the Cavaliers, is still reviled by fans for his actions during the rivalry between the Chicago Bulls and Pistons a generation ago.

Watch the full interview below.