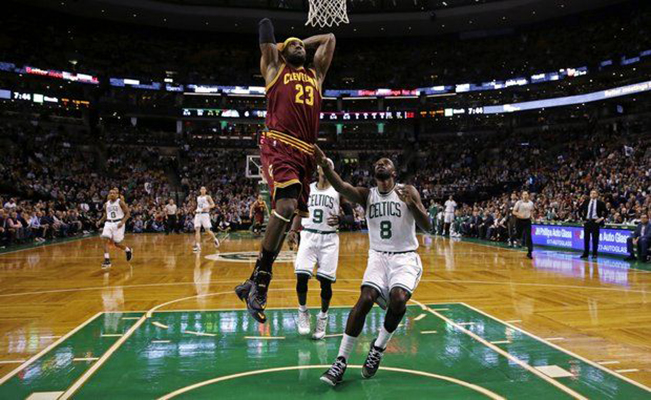 With the first half of the 2014-15 season (in NBA terms) completed, it’s readily apparent that the presence of LeBron James in the lineup is an absolute necessity for the Cleveland Cavaliers’ chances to not just reach the postseason, but go deep, preferably with a win in the NBA Finals.

During the first 55 games of the season, James was forced to sit out 10 games due to injury. His absence resulted in a 2-8 mark for the team, including a 1-7 stretch that had the team reeling and controversy (fueled primarily by the media) surging.

In the 45 games he’s played since making his return to Cleveland, there are five games that stood out because of his impact on them. They’re listed below starting with number five:

The only loss among this quintet, but one that can’t be laid at the feet of James. After missing a game the night before to a sore knee, he bounced back by scoring 41 points in 38 minutes on the court. He shot 17 of 24 from the field while hitting both of his three-point attempts to become the franchise’s all-time leader in threes. It marked the 44th time he had reached the 40-point threshold as a Cavalier; at the time of this game, all other players in that category had just 29 combined.