Video: LeBron Says ‘I’ll Come Off The Bench If It Helps Our Team’ 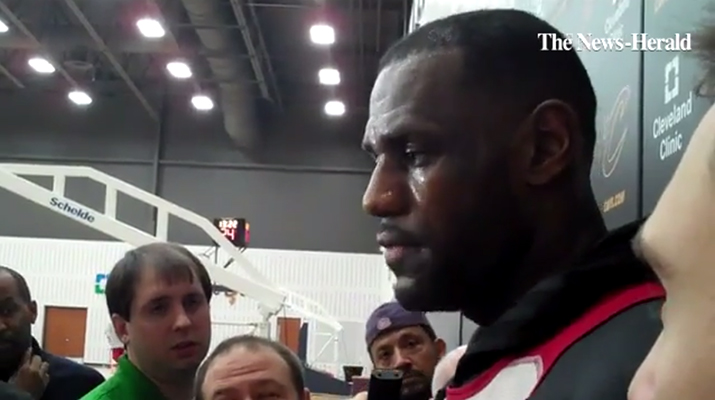 During Wednesday afternoon’s practice, the Cleveland Cavaliers and LeBron James in particular preached team-first and a whatever-it-takes mentality.

“Whatever benefits the team, I’m for,” James said during practice. “Tristan [Thompson] is the same. And the rest of the guys are starting to understand that. I think we’re getting it. I think we understand that, at the end of the day, not one individual has ever won a championship. It’s all about a team. For me, being the leader of the team, it doesn’t matter, whatever this team needs in order for us to win.

When head coach David Blatt was asked about James’ comments on Wednesday afternoon, Blatt simply laughed it off, “No. He’s fine where he is.”