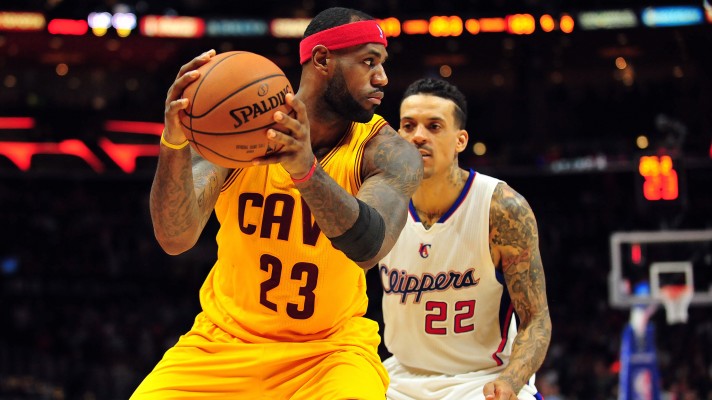 (Cleveland, OH) – The Cleveland Cavaliers (30-20) will again face one of the Western Conference’s elite in the Los Angeles Clippers (33-16) on Thursday night. The game is scheduled to tip off shortly after 8 pm ET at Quicken Loans Arena and will be broadcast nationally on TNT.

The Clippers, who stand in the way of the Cavs obtaining their 12th win in a row (one win short of tying a franchise-best 13-game winning streak, set during the 2008-2009 season) know all about the Cavaliers and their streaks.

A horrible memory for Cavaliers Nation was in the 2010-2011 season after LeBron James left for the Miami Heat. The Cavs endured an NBA-record 26-game losing streak that was finally broken on February 11th, 2011, against the Los Angeles Clippers in a dramatic 126-119 overtime victory.

Although that particular game serves little relevance today, the Clippers have every reason to pull off a statement win on Thursday night and halt the Cavs’ 11-game winning streak.

The Clippers are coming off an infamous record of their own from Monday night’s 102-100 loss to the Brooklyn Nets at the Barclays Center, as the two teams combined to shoot an anemic 16 of 43 from the free throw line. In addition, Nets point guard Jarrett Jack drained a jumper with 1.3 seconds left on the clock to down the Clippers.

“We just lost it,” said Clippers point guard Chris Paul. “I mean, not trying to take any credit away from what they did and the shots they made, but we gave the game away.”

Outside of the tough task of keeping All-Star point guard Paul and the rest of “Lob City” from taking over a game, the Cavs face the lingering issue of Kevin Love‘s offensive woes as of late.

“If we’re continuing to win and I’m not necessarily being asked to score the ball or shoot the volume of shots, that’s fine by me,” Love said on his recent struggles. “I’m going to keep doing right by this team and sacrificing for the better of this team.”

On January 16th’s victory in which the Cavs beat the Clippers 126-121 at Staples Center, Love was inactive as his teammates rose to the occasion. Kyrie Irving and James were monsters en route to the win as they scored 37 points and 32 points respectively, while Tristan Thompson filled in for Love to record a double-double and score 24 points to go along with his 12 rebounds and two blocks on the night.

The Clippers, coming off their loss to the Nets, have declared starting shooting guard J.J. Redick inactive for tonight’s game after he suffered back spasms on Monday night. Redick, who averages 14.6 points per game and is currently eighth in the NBA with 114 three pointers made on the season, will surely be missed tonight by the Clippers. As for the Cavs, their recent ability to stay healthy and keep a consistent team chemistry in David Blatt‘s system has continued to flourish.