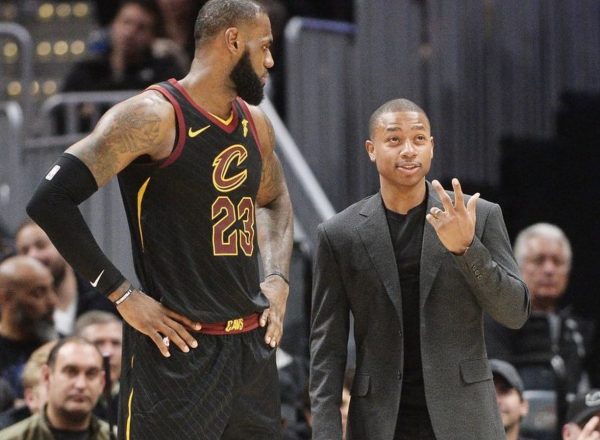 The excitement surrounding Isaiah Thomas‘ return from his lingering hip injury continues to grow. Recently, Thomas has shown real signs of improvement and reports that he will be able to return to the court ahead of schedule have fans fantasizing about what a fully healthy Cleveland Cavaliers squad will look like.

The anticipation has seemed to rub off on Thomas himself, as the 5-foot-9 point guard took to Instagram to post a picture of him and teammate LeBron James standing side by side to let fans know that the two NBA icons will be taking the court together very soon.

The King x The Killa #ComingSoon

While the Cavs’ season got off to a tough start, their current eight-game winning streak has put them back on track and the team currently finds itself sitting at third in the Eastern Conference standings.

It has taken time for the Cavs’ offseason additions to find their roles in Cleveland, and it will likely take time for Thomas to build on-court chemistry with his teammates once he is cleared to play. Still, there is no denying that the All-Star point guard, who averaged 28.9 points, 5.9 assists, and 2.7 rebounds per game last season, will likely help push the Cavs to an even higher level of elite play.

With Thomas’ return getting closer by the day, and James playing some of the best basketball of his career, there is a lot to be excited about in Cleveland. Hopefully we don’t have to wait too long to see The King and The Killa in action together.